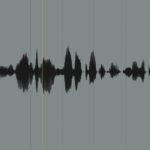 I have been truly honored to be asked to perform audio books for several excellent authors. Other books I perform as personal life goals or activism.

You may find the complete list here: Our Audio Books

Performing an audio book is a unique experience from any other media creation… You are literally lending your voice and inflection and a part of your personality to give life to the words of someone else entirely. Normally when I compose content the words are my own. Their meanings and intent come from me. I never say things I do not mean. I never promote ideas that I do not completely agree with. I have well thought out policies for what I will discuss and offer opinions on that I rarely deviate from.

For example, I generally do not give my opinions on or do interviews with people giving what I consider to be medical advice much more serious than general diet or exercise. I do not want to be responsible for amplifying a message that may lead someone to do something that ends up causing them harm. If its in the context of a debate with an opposing expert present that’s different… But the idea I’m trying to get across here is that I think quite a bit more than you might expect about the things that I communicate on my platforms and how I communicate them.

Audio books dont work like that though. I dont get the option to only give voice to the parts of a book that I agree with… And there is an amplified level of discomfort for me when I am not just interviewing someone saying something I disagree with… But I am actually the one saying the words! Ugh! It can be rough. So first and foremost I do not and would not accept a request to do a book that is too far out of alignment. Second I try to remember that they arent my words and if I disagree with them I need to create my own content making that case rather than turn down work that might do a lot of good save for a small portion that I disagree with.

So here on this post I will cover some specifics of the audio books I have done that I disagree with and will try to keep it updated as I produce more going forward.

The Most Dangerous Superstition

It has been some time since I performed this audio book. To my memory I took issue with very little. Perhaps nothing.

There were several points in this book that I even have out takes for where I am reading along and then stop in a moment of incredulous hilarity and say to myself out loud, “What the fuck are you saying Patrick?!” lol There are some absurd topics covered in the book and they are for the most part covered very well. However there is some language used in discussion around homosexuals, black people, and a few other groups of people that I would have definitely worded differently. Though, you know, this book came out at a different time… Who knows, had I been around back then to perform this I might not have objected at the time. But generally — this book is spot on.

No Treason: The Constitution of No Authority

I very much disagree with Lysanders take on voting. I have created much content going on at length about the specifics of why he is wrong with his vote bullets analogy. You can find more info on that here: The Morality of Voting

This is actually a very strong example of the conflict I described in the intro to this page. I literally give voice to things that I think does and has mislead people into taking actions that I can show to be immoral by the standard of the Non-Aggression Principle. Did I refuse to create the performance? No. There is too much good in this book. I simply had to have this be a thing that I did during my time alive in this universe.

The Controlled Demolition of the American Empire

This book has a lot of great information on a variety of important topics. I dont want to make the quantity of text that follows minimize this fact. I learned a damn lot that I didnt know reading this thing. There are a few hot topics that I must make sure my opinions are published on if my voice is to be out there speaking the opposite.

I very much disagree with some of the conclusions reached or the blanket statements made about certain specific subjects. Here are a few notes on each topic:

Medical Advice (Vaccines / Vitamin K Shots / etc): I’m going to spend extra time and words on this objection because of the reasons I detailed in the beginning of this page — it deals with medical advice that may or at least could result in someone being harmed. I specifically refrain from giving advice on this topic on any of my platforms as a pretty firm rule.

The book generally takes what I consider to be an unbalanced position on vaccines. In some specific cases in the book I would even say it takes an outright irrational position on them. I have created more than a few pieces of content containing my full position on this so I wont do it again here. The summary is this. Each vaccine is different and comes with different efficacies and risk profiles and each should be discussed on a case by case basis. Anyone making blanket statements about all of them is almost certainly wrong. Generally you should not take medical advice from those without adequate training including me! Also, remember the Wizards First Rule:

Many antivaxxers are wrong. Many provaxxers are wrong. People that got them and turned out fine dont understand those that got hit with the rare allergies or side effects and usually take an overly simplistic position on vaccinations. People that lost children to those side effects usually do not have an unbiased or rational position on vaccinations; and why the hell would you expect them to?

Dont be stupid. The truth is usually more nuanced and much harder to uncover. Think for yourself. Talk to people that have experience and training. Decide for yourself and never for others. This is liberty.

I’m pointing this out as an example of the kind of thing that I usually do not platform… Direct medical advice or information that could harm someone if it turns out to be wrong. I am not going to tell you what I think is true here as that would be me, someone not trained on the subject, doing exactly what I dont want to platform others doing.

The book says that the Vitamin K shot given to babies at birth contains a sterilization agent and that it is “widely known and yet it is still being administered in hospitals to this day. An obvious question is why would something like this be given to anyone, let alone a brand new baby?”

Well — it took me less than 10 minutes of research to find out the answers to that question and to find out the truth about the claim that it contains a “sterilization agent”. Again, I’m not going to tell you what I think that truth is for the above reasons. Do your own research with a critical mind! Ask trained people pro and against.

I do wonder to myself why one would want to risk writing a book containing these couple sentences, especially when credible counter information was so easy to find in short order… and now here you have an audio book with my voice speaking them! If my research is right and they are wrong — the consequences to some babies is not something I would want on my conscience!

So, again, make sure you are not believing things because you want them to be true or because you are afraid that they are true. The only sovereign that you should allow to rule you is reason.

Let this section stand for any other instances of medical advice in the book. I do not endorse it. Do your own research. You own yourself. Lead yourself.

Taxes: There are a couple isolated moments when taxes are discussed as if they’re legitimate responsibilities to the “local communities” of the companies being expected to “pay” them… This is of course totally false. All taxation is immoral extortion. No person or group of people operating together as a company bears any involuntary obligations to pay money to any government. And in the following paragraph to the moment above it even says as much! Though it appears to be a strange reversal. So I’m adding it here just to be clear on my position. I consider this mostly a non-issue as in most every other moment in the book taxes are rightly labeled as the theft and extortion that they are.

Corporations: There are also moments in the book when companies growing and operating outside their home country with no allegiance to “any flag” nor any swearing an oath of loyalty to “the people” is discussed as if that in and of itself is a bad thing. Or that when a company takes steps to avoid tax-extortion that it is somehow “cheating taxpayers”. While many of these international companies do a lot of evil shit… Not being loyal to some particular geographical gang is not one of them and neither is finding inventive ways to get less of your assets stolen.

Positive Obligation to Evade Tax-Extortion: Its stilly for me to take time here on what is a single sentence in the book, but it is one that make a strong moral assertion that I disagree with. “it is a duty to evade extortion by criminals”. I have made multiple pieces on content rebutting this position which I call Tax Victim Shaming, so I wont spend much time on it here other than to link one of many videos I’ve made on the topic. TAX VICTIM-SHAMING AGORISTS

Anti-Private Business Statements: I was surprised to see a few sentences taking the position that “some aspects of civil society are better off not being run by professional business people,” when discussing the failings of the current private prison industry. Without saying it it seems to imply that this is a valid function of a government and not something suitable for the free market. I hard disagree with this. Most of the failings and terrible atrocities being committed by the current system are fed a steady diet of victimless-crime-hostages and are enabled exclusively by their ability to lobby an involuntary, non-consensual, and corrupt government into treating us worse to the benefit of these companies. Remove the state and these companies would lose their kidnapping victims and source of slave labor.

So people will just hopefully understand, and this writing will hopefully go to evince, something that I bet most people already think and know and yet here I am still too paranoid to not write pages making it explicit….. That Patrick Smith does not endorse everything in the audio books he performs.

0 0 0 0
Previous : The Importance of No FAP and Semen Retention for Male Health and Vitality with Josh Macin
Next : The Man Who Ended The War On Drugs

Not Governor Patrick Smith
No Copyright Intellectual property is not a valid form of property.