Anarcho-Capitalism is the ONLY Anarchism & Bottom Unity Nonsense 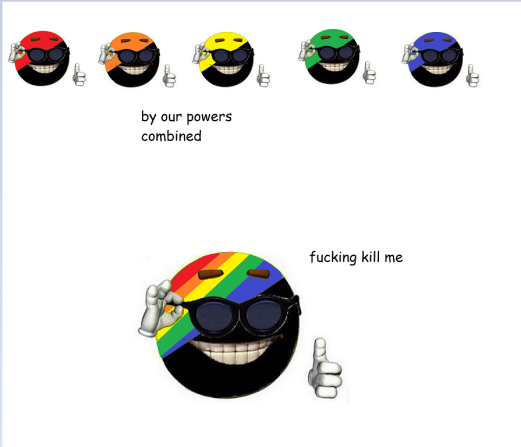 All anarcho-'s are one of two things:

1. A distinction without a difference.

2. Inconsistent and self contradictory.

All others are either:
a. Descriptive adjectives tacked on to add some “focus” or “flavor” to anarchism which do not contradict the core meaning of the word, in which case they are superfluous and are a disservice in that they divide an already small group of people in completely unnecessary ways.

Or b. stand for concepts or principles that in some way establish a non-consensual authority over the individual, and in so doing, make them an ideology claiming to stand for no rulers whilst calling for a ruler of some kind. These are irrational ism’s that often have a trail of bodies behind them and violence upon the innocent in their wake… with the versions that have self-contradictory, needlessly complex, or very subjective property norms being the most dangerous, violent, destructive, anti-life, and evil (“anarcho”-communism).

You either reciprocate liberty with people and their property (same thing) or you dont. People like to fog this super simple concept up.

If we cant have one without the other nor the other without the one we are likely in distinction without a difference territory. Which is why I make the claim in the title of this article. Its only use is market differentiation from the commies; a strategy that may or may not even be a good idea. Why should the actual anarchists make room for or give up on the best name for their position to people that have it absolutely backwards?

As always, I am open to being wrong- if you have an anarcho- that does not fall into one of these two categories please contact me and let me know. I have yet to have been met with a successful challenge.

As for Bottom Unity

Stand for what is right alone against the whole world if you must.

First: It is Unwise

This is not a wise strategy. Humans tend to, and probably rightly so, assume people working together share more than just immediate goals. “People are judged by the company they keep.” If you hang out with and help people that are known criminals you will likely be thought to share their lack of moral principle. If you hang out with and help communists and people that do not respect property then you will likely lose the support of a large number of people that rightfully do not want to associate with such anti-life ideologies. Stand for what is right alone against the whole world if you must.

Second: It is Unsafe

This is not a safe strategy. The enemy of your enemy can still be your enemy. You can have more than one enemy. History is rife with stories of groups with a common enemy attempting to work together only to be betrayed, back stabbed, or assassinated once one side views the other as no longer useful. In this case we are mostly referring to commies who literally think people that rent their houses out deserve attacked or even murdered. These are dangerous and violent people that you need to keep away from you; certainly not right next to you in a fight.

Third: It is Poor Tactics

As an attacker you really prefer it when your enemies group themselves together in one place for you as it opens up all sorts of new attack vectors that you wouldnt have if facing a decentralized series of groups all with their own motivations strengths and weaknesses.

The same concept and weakness applies to ideologies. If you allow yourself to collectivize with other ideologies then you rhetorically, in the minds of many in the world, make yourself one thing. This allows for a host of new propagandistic attack vectors. Put simply, grouping up allows our enemies to flank us. They only need one set of propaganda efforts instead of many.